started a topic 2 months ago

This is a collection of upgrades to the Portal user experience, all based on specific customer feedback.

Upgrades to the Portal

When a user has edited anything in a form, the Portal will now highlight the Save button to make the user aware of the unsaved changes.

For the time being, the Portal will still allow the user to navigate away from unsaved changes. We have been waiting for an update from Microsoft in order to proceed with a warning before leaving a dirty form.

Coinciding with this release, Microsoft actually released this awaited update. However, the update is for NET 6.0 and thus not available to the Portal that is still at NET 5.0. The general upgrade to NET 6.0 of migFx in it's entirety - including the Portal - is planned for the next overall release of migFx 1.10. We will revisit this UX requirement after migFx 1.10 has been released

Close of Filter dropdowns on mouse out

When opening a dropdown in any filter in the Portal, the dropdown would not close until the user clicked somewhere outside of the open dropdown. With this release, the dropdown will close automatically as soon as the user moves the cursor outside the dropdown. No outside click required.

On all filters, the Close & Clear button has been separated, so there now is one button to clear all filters and another button to close the filter without clearing.

Previously, the Details tab in the Instance Detail dialog contained both the Event list as well as the parent and child dependencies of the instance. In addition, for long keys in dependencies or long message texts in the Events, these texts did not wrap causing the dialog width to expand outside screen boundaries. This rendered the Detail dialog very difficult to use in some instances. 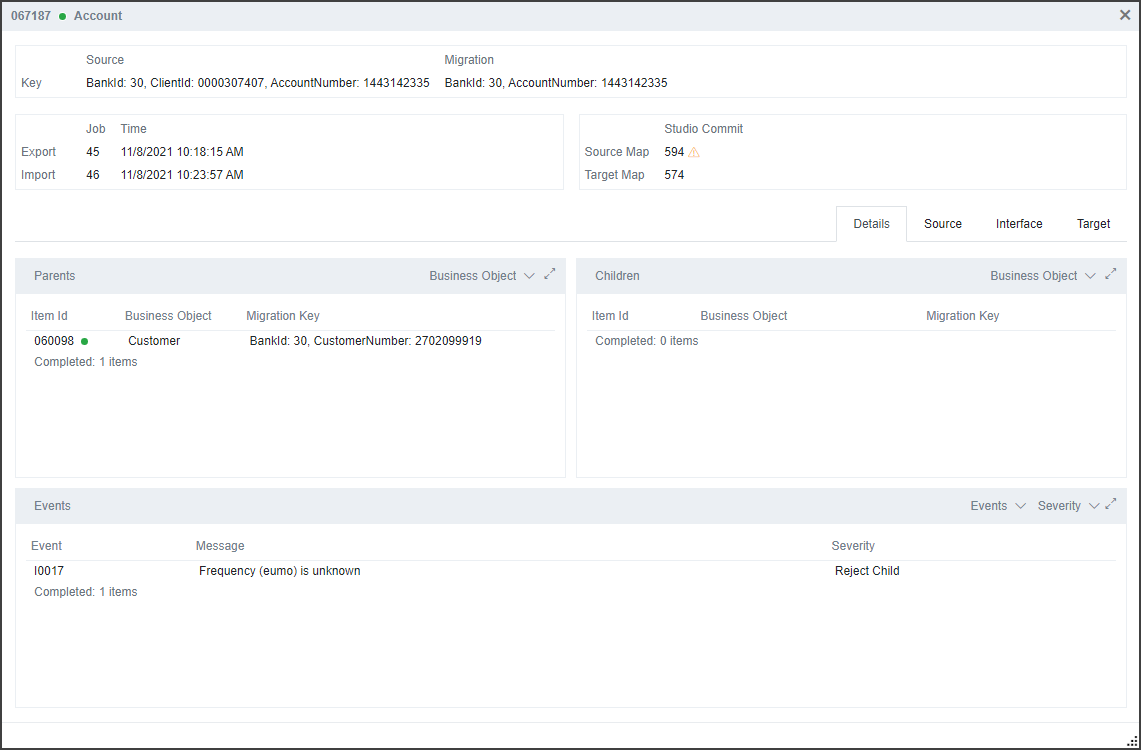 With this release, the Events and Dependencies are placed in separate tabs and any long text will wrap. 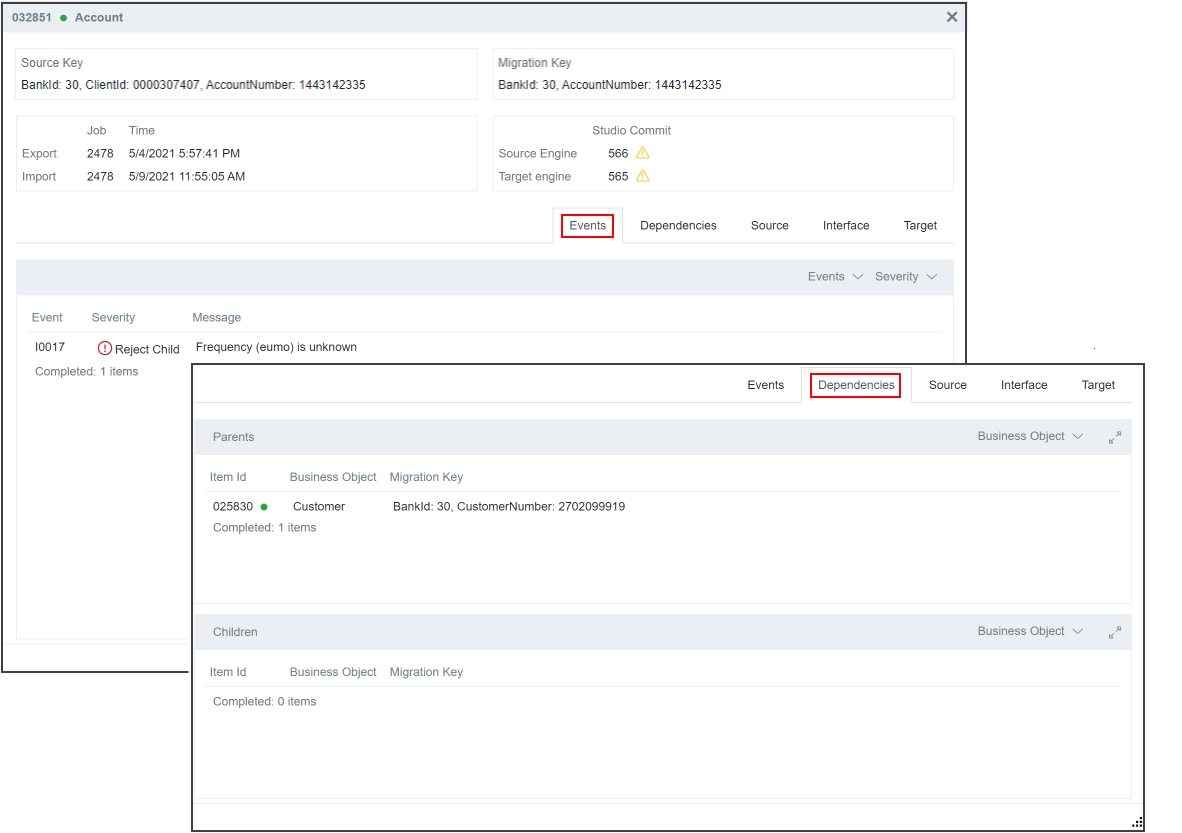 The data tabs (Source, Interface and Target) in the Instance Detail Dialog now has Expand/Collapse all buttons in the toolbar.

As a side note: After Expand All, all data is displayed and thus becomes searchable using the standard browser search.

The comments indicator in the Events list is now active and will display the comments in a tooltip when the user hovers the cursor over the indicator. 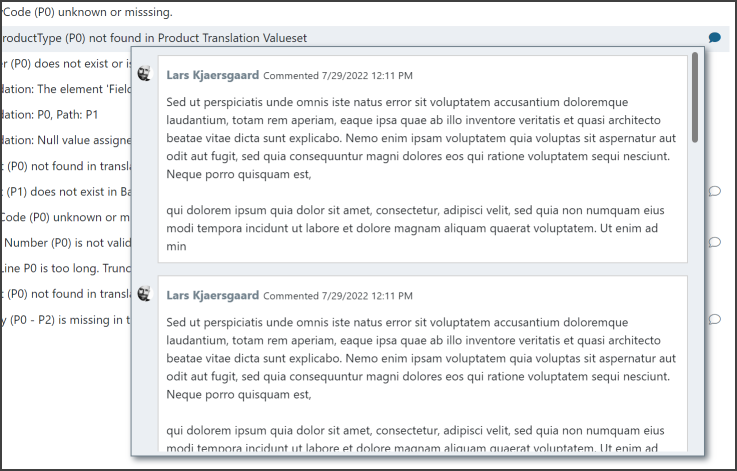 Now any row clicked by the user will remain marked until the user either clicks the same row again or clicks another row. This includes if the user merely clicked the row to open a dialog from the context menu.

An External User can now be affiliated with an Organization. 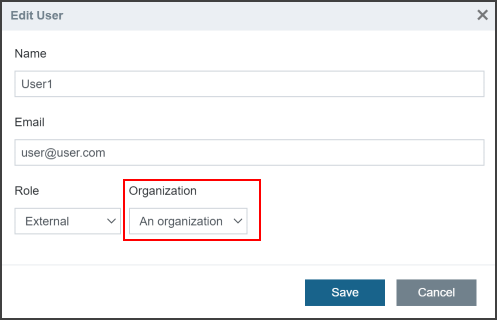 Organizations are maintained in a Side Bar on the User list 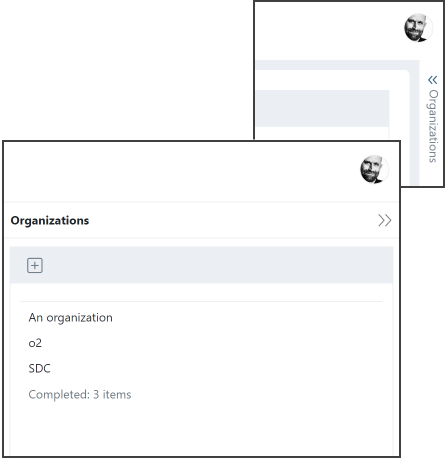 Authorizing External Users to a Project has been made more efficient. 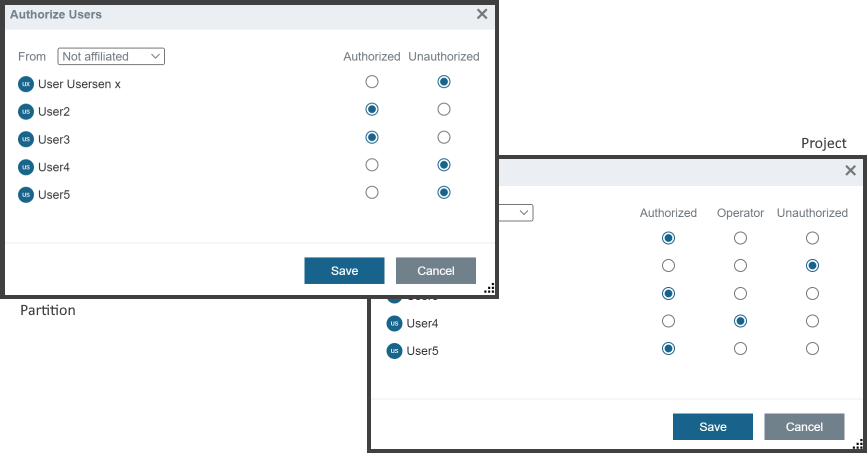 Previously, download of any list to Excel was constrained to a hard-coded limit of 5.000 rows. The Portal will still download anything up to a cut-off of 10.000 rows without further ado.

But now, an attempt to download more than 10.000 rows will result in a dialog allowing the user to decide the limit: 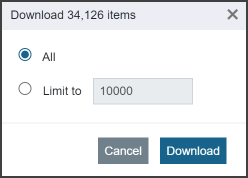 NB: Download to Excel will in any case be capped at 1.048.576 rows, which is the maximum limit for Excel (see Excel specifications and limits).

Titles in the context menu on the Event list have changed:

Where relevant, a first title row have been added to downloaded Excel sheets.

Updates to the Planning Module

Previously, the Planning Module would show a state for a parent (non-leaf) Area that was derived from the state of all the areas in it's sub-tree. This was not very informative and gave poor insight into how far the test for a given parent Area had actually progressed.

With this release, all parent Areas in the Test view show a horizontal bar (with associated tooltip) providing an improved visual representation of the progress: 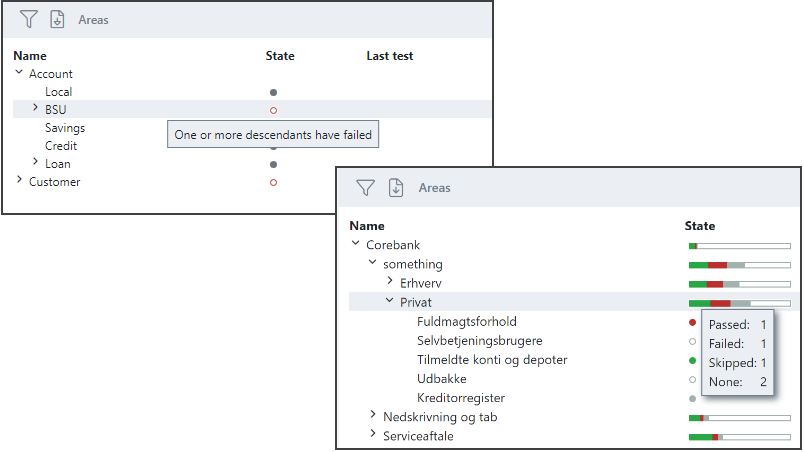