In this exercise you will verify that you have imported the Source System metadata necessary for the Business Object Card. Afterwards you will import the Target interface you have published from the Target Map in the previous exercise.

In other words, you have lined up the task ahead of you (assign values to the fields of the Target interface) and assured that you have the metadata required for the job imported from the Source System.

The 3 different Usage types (Active, Inactive and Skip) relate in part to what is happening down the line. The Usage Active means that you can use the metadata structure in the mapping. The Usages Inactive and Skip determine whether a staging table for the structure will be created or not:

Next thing is to import the Target interface that you have just published from the Target Map in the previous exercise. However, before doing that have a look in the Project Explorer tree view: 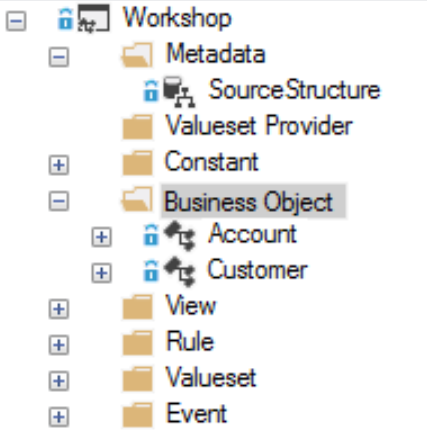 The Card Business Object you have been working on is not there, only the Customer and Account Business Objects that have already been worked on by you and your team mates in earlier stages of the migration project.

In order to import the new Target interface, you must first open and check out the Source Map itself. This is the top-most root node in the Project Explorer tree view: Workshop. When you Check out, you will be presented with a dialog that by default will check out the root Workshop node and all its descendants. Uncheck as necessary to only check out the root node itself - nothing else 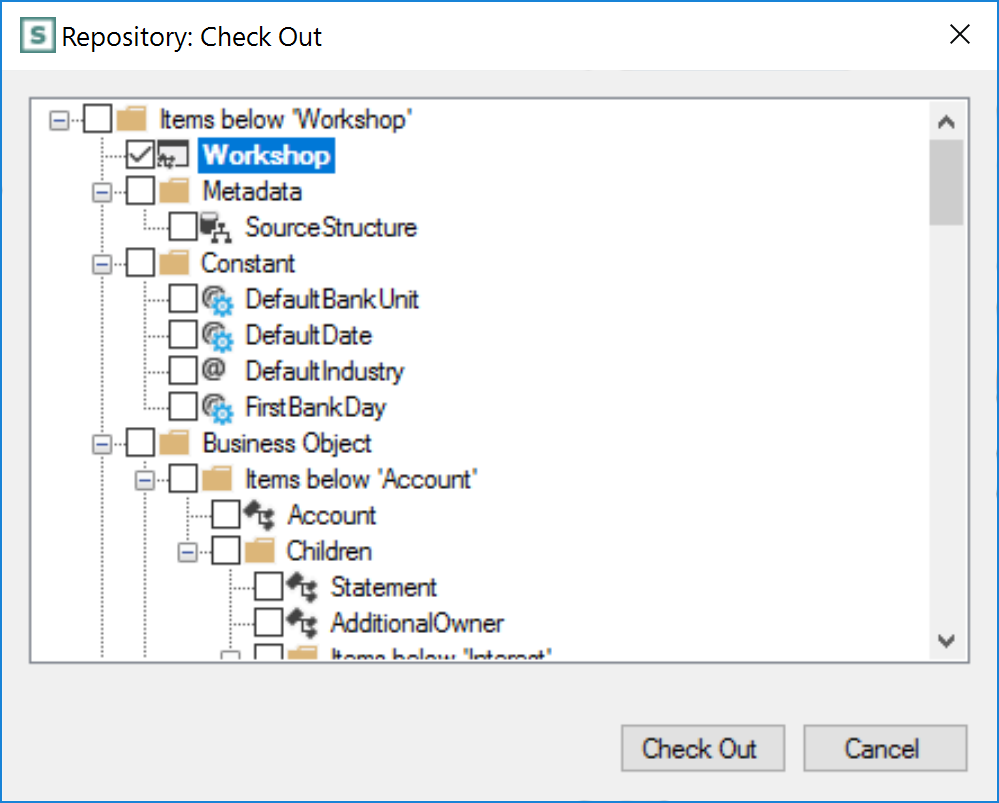 Once opened and checked out, on the Target tab you will notice that the previously imported interface does not include the Card Business Object - neither do the comment on the last import correspond to the one you typed, when you published the Target interface in the previous set of exercises.

Choose to import from Repository, click the Browse button

, select Workshop in the Project drop down and finally select the publish you did in the previous exercise

Clicking the Ok button and afterwards the Import button will import the new Target interface into the Source map. The Card Business Object now appears in the Target tab of the Workshop item, and also in the Project Explorer tree view together with its child CardStatus 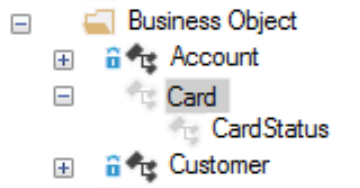 The icons of the 2 new Business Objects are faded because you have not yet worked on the Source mapping and saved anything.

Remember to Save and Check in.

The following exercises are all about how to satisfy the Target interface using the Source structures available in the SourceStructure metadata.